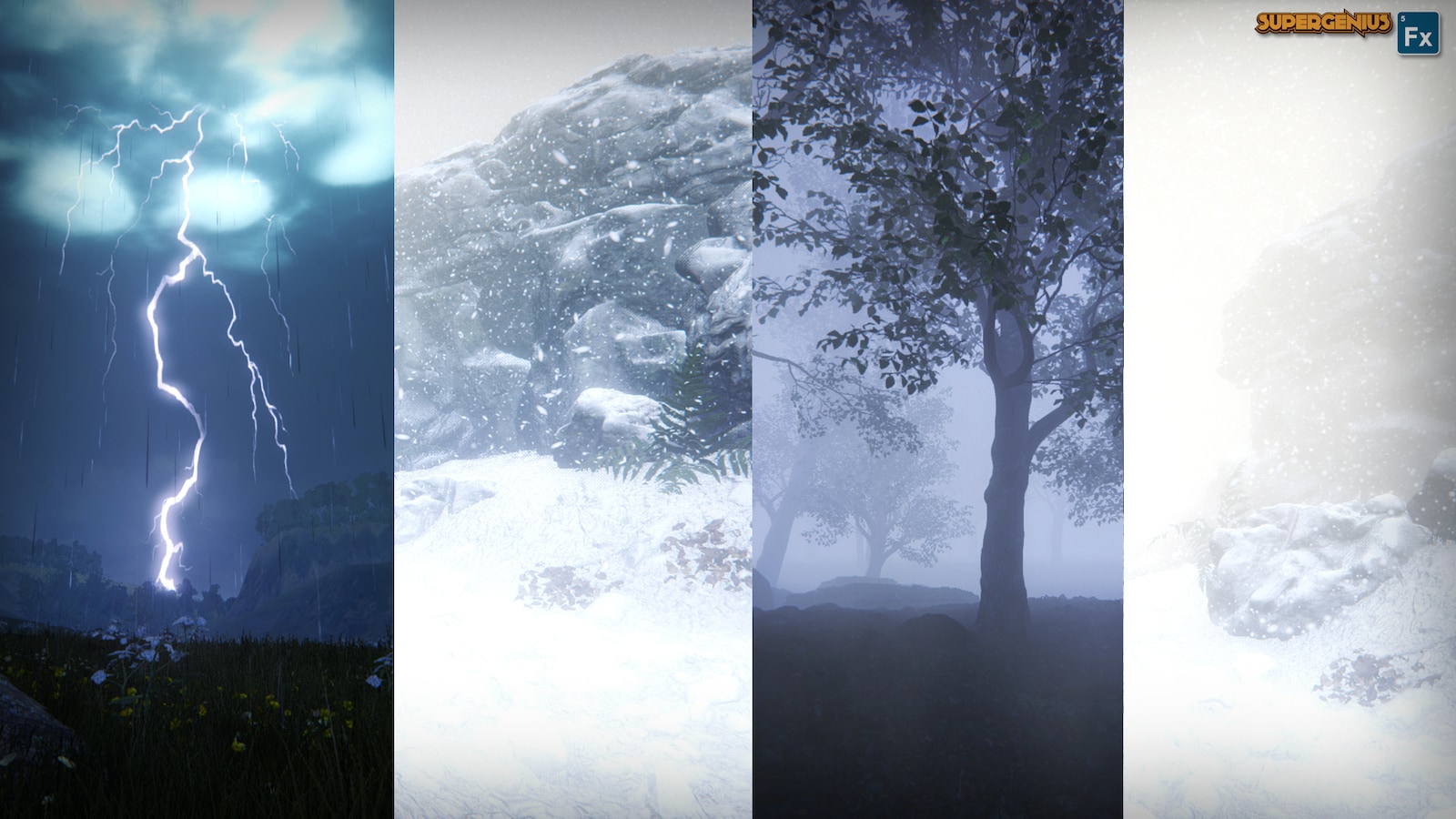 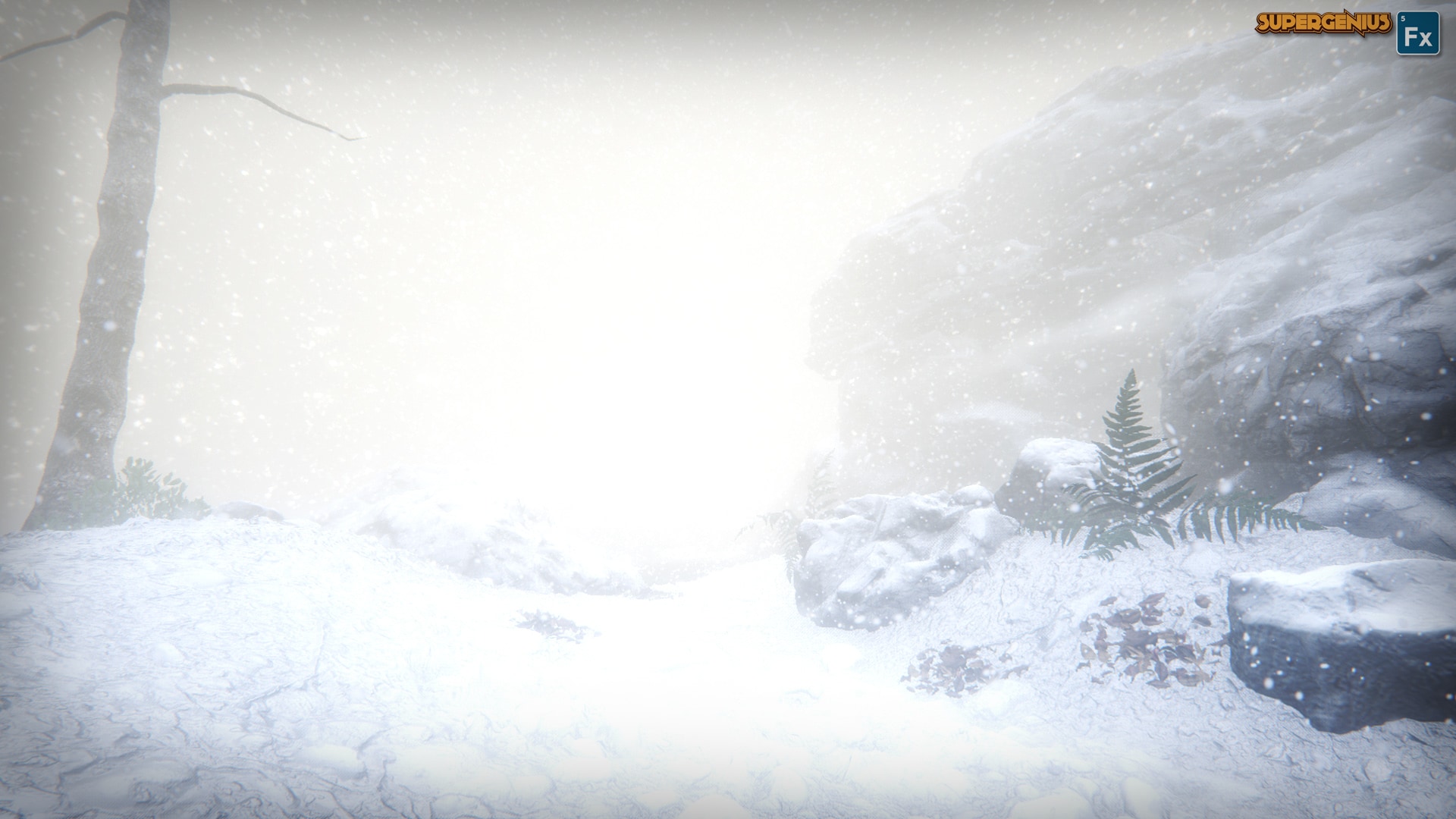 Included in this pack are blueprints for:
Rain
Snow
Hail
Lightning
Fog
Intoxicant

With the 4.14 update, the pack now includes four new fully scale-able blueprints to allow for a full range of intensity from no vfx to an epic storm for fog, rain, hail, and snow. Each of these have values that control the materials like the original functionality, but also include the ability to add directional velocity for wind direction shifts etc. With this the fog can now be used to cover a huge range of effects, such as an epic snow storm, rising steam, or even a sand storm.

With these changes, this pack works very well with Christian Sparks' Orbit: Weather and Seasons package.

P.S. I have also removed the FPS Blueprint content for easier integration.

These assets were made with performance in mind, so any particle system that ends with _Local should be linked to the player's camera and rendered locally only in multiplayer instances.