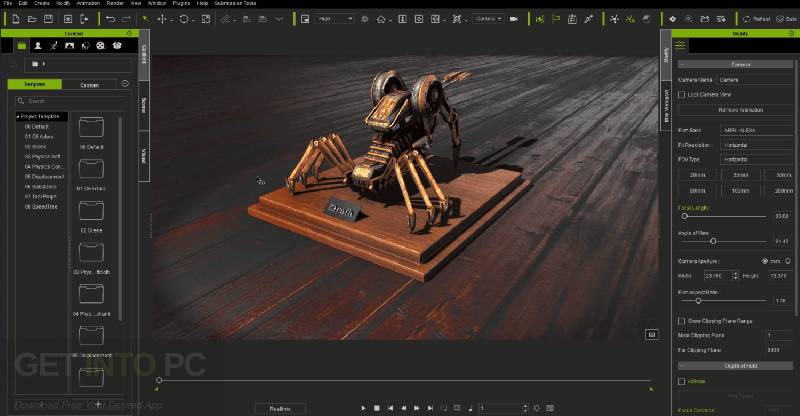 With 3DXchange Pipeline, you can import and export all types of 3D assets, including static objects, animated props, skin-bone rigged characters, and motion files. You can also repurpose them with output options tailored for Unity, Unreal, Maya, Blender, Cinema 4D or Daz Studio. This makes iClone a universally essential tool for both game design and CG workflow.

Character Conversion
Utilizing the built-in characterization panel in 3DXchange, you can convert external characters into iClone via FBX format quickly and easily. The newly converted characters will then be compatible with thousands of iClone motion files, as well as powerful motion tools like Body Puppet, MixMoves, and motion capture. Animate any character from Daz, Maya, 3DS Max, Mixamo, and others in a heartbeat!

Facial Setup
Imported characters can take advantage of iClone’s powerful facial animation tools too! 3DXchange supports all types of talking characters, allowing you to enrich your scene with more professional character assets that are more expressive with rich facial animation, regardless of whether or not the character was designed using a facial bone rig or facial blend shapes.

Direct In/Out in iClone
To further simplify the pipeline process, several critical import and export features have been implemented directly inside iClone 7, including the highly anticipated batch FBX export which allows you to export characters, props, and cameras all at once. iClone 7 can now also bring in multiple morphs from OBJs for organic morph animations.​